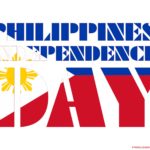 One of the most significant dates in the Philippine’s history is Independence Day because it marks the nation’s independence from the Spanish rule on June 12, 1898. Filipinos celebrate it annually on June 12.The annual June 12 observance of Philippine’s Independence Day came into effect after past President Diosdado Macapagal signed the Republic Act No. 4166 regarding this matter on August 4, 1964.  This Act legalized the holiday, which is based on the Declaration of Independence on June 12, 1898 by General Emilio Aguinaldo and Filipino revolutionary forces from the Spanish colonization.  The Philippines’ flag was raised and its national anthem was played for the first time in 1898.  However, liberty was short-lived because Spain and the United States did not recognize the declaration.

Lets celebrate Freedom by promoting a human rights culture in which RESPECT, DIGNITY and EQUALITY become a code of living.

All Right Reserved - The Pacifico Boutique Hotel - Made by ThriveSME.com